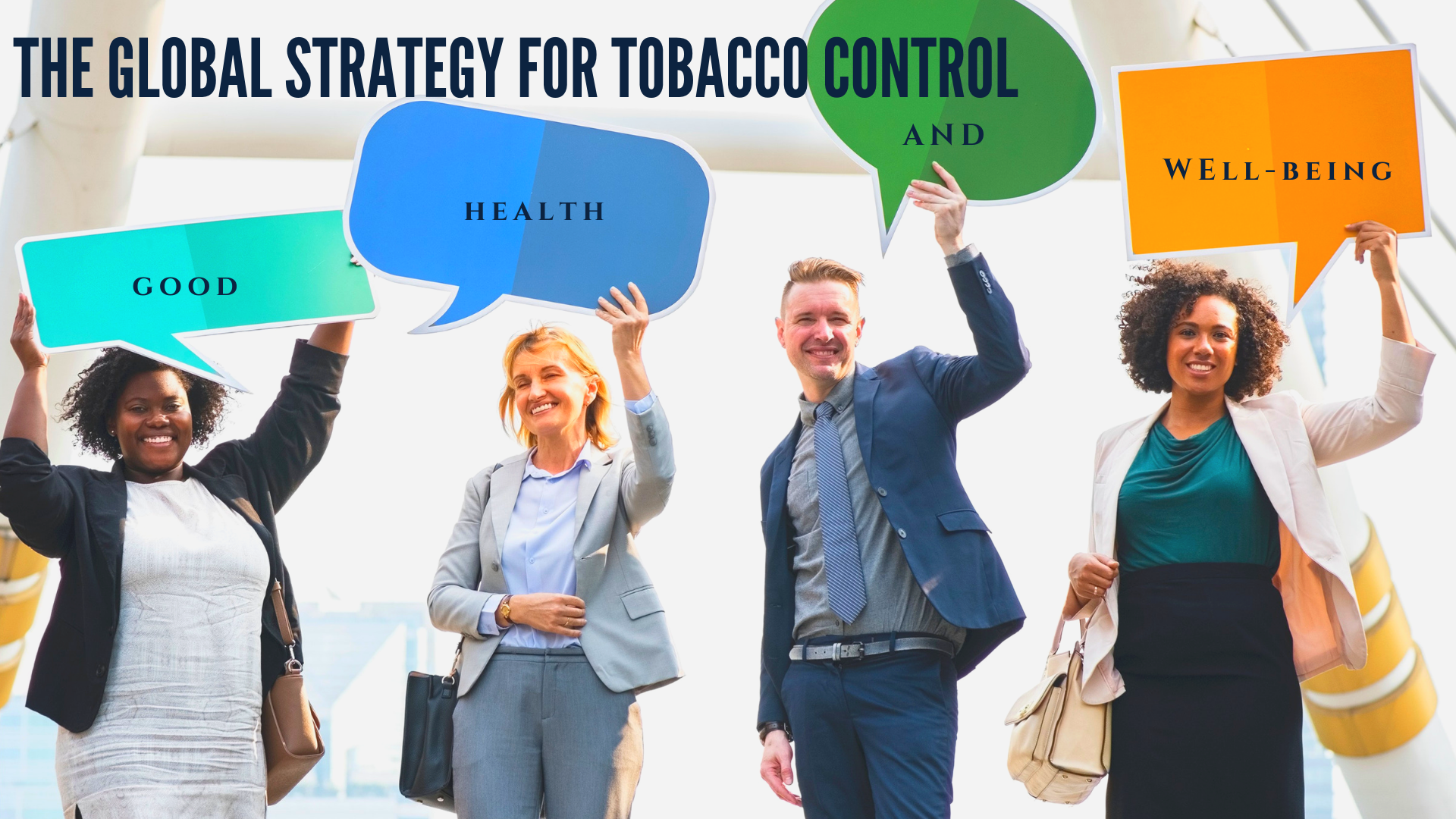 As low-and-middle income countries become targets for an industry in search of new markets for their deadly products, the international community prepares to endorse a new Global Strategy for Tobacco Control to help lift the burden of noncommunicable diseases. Governments around the world should support this carefully drafted and cost-effective plan.

We live in an unprecedented era where approximately 80% of the world’s one billion smokers live in low-and-middle income countries; with the tobacco industry searching for new markets in these countries and vigorously fighting tobacco control efforts. Cigarette consumption is predicted to increase in many developing countries. And, young people are also getting hooked to tobacco products. Future generations are exposed to immense cardiovascular and chronic respiratory diseases, cancers and diabetes risks. This worsens the burden of noncommunicable diseases and sets off alarm bells around the world.

Ahead of the third High-level Meeting on the prevention and control of noncommunicable diseases slated for September 27, the Healthy Caribbean Coalition has called on Heads of Government of the Caribbean Community – a grouping of twenty countries – to take action. In an open letter issued on June 29, they stated: “The NCD crisis is a significant burden on the limited economic resources of CARICOM States. Inadequate action on noncommunicable diseases threatens to cost regional governments hundreds of millions of dollars – a luxury we cannot afford given the current economic climate.”

The Ghana Non-Communicable Diseases Alliance has urged the Ghana government to help tackle the noncommunicable diseases menace. Speaking on behalf of the Alliance at a meeting with the Sustainable Development Goals Advisory Unit Office of the President on July 3, Labram Musah, Programmes Director of Vision for Alternative Development explained that noncommunicable diseases and their major risk factors, namely tobacco, alcohol, physical activity and unhealthy diet require the urgent attention of the government and that the tobacco control policies outlined in the WHO Framework Convention on Tobacco Control (FCTC), help prevent deaths from noncommunicable diseases, when they are fully implemented.

Tobacco control can fundamentally redraw the map of where policies designed to address cardiovascular and chronic respiratory diseases, cancers, and diabetes have the greatest impact for every dollar spent. Effective tobacco control helps countries address a major preventable risk factor of noncommunicable diseases. Addressing tobacco use helps lift the economic burden attached to the entire lifecycle of tobacco products, from growing to product use. Tobacco control measures play an important role in helping countries reduce mortality from noncommunicable diseases and achieve the health targets of the United Nations by 2030.

Noncommunicable diseases do not discriminate. They affect people in wealthy countries and in developing nations. Billions of people around the world are affected by noncommunicable diseases today. But the majority of all premature deaths occur in low- and lower-middle-income countries. But there is good news to report. The vicious cycle can be broken. 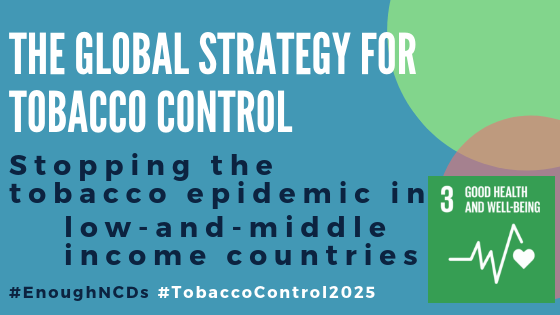 At the upcoming Eighth session of the Conference of the Parties to the WHO FCTC, countries from around the world will consider a carefully drafted, cost-effective Global Strategy for Tobacco Control, to help them step up their national efforts to stop the tobacco epidemic. The plan provides a template to help countries mobilise new funding to fast-track national tobacco control activities by 2025. By endorsing the plan, countries will commit to take action on a few time-bound tobacco control priorities.

The Global Strategy for Tobacco Control may potentially signal an important shift in countries’ efforts to address the tobacco epidemic. Yet the more difficult work of translating a sound plan into concrete actions lies ahead.  The window for action to stop the tobacco epidemic is quickly closing. We should give substantial attention to the role of tobacco control in lifting the burden of noncommunicable diseases. Tobacco use will kill one billion people this century, if we don’t act now.