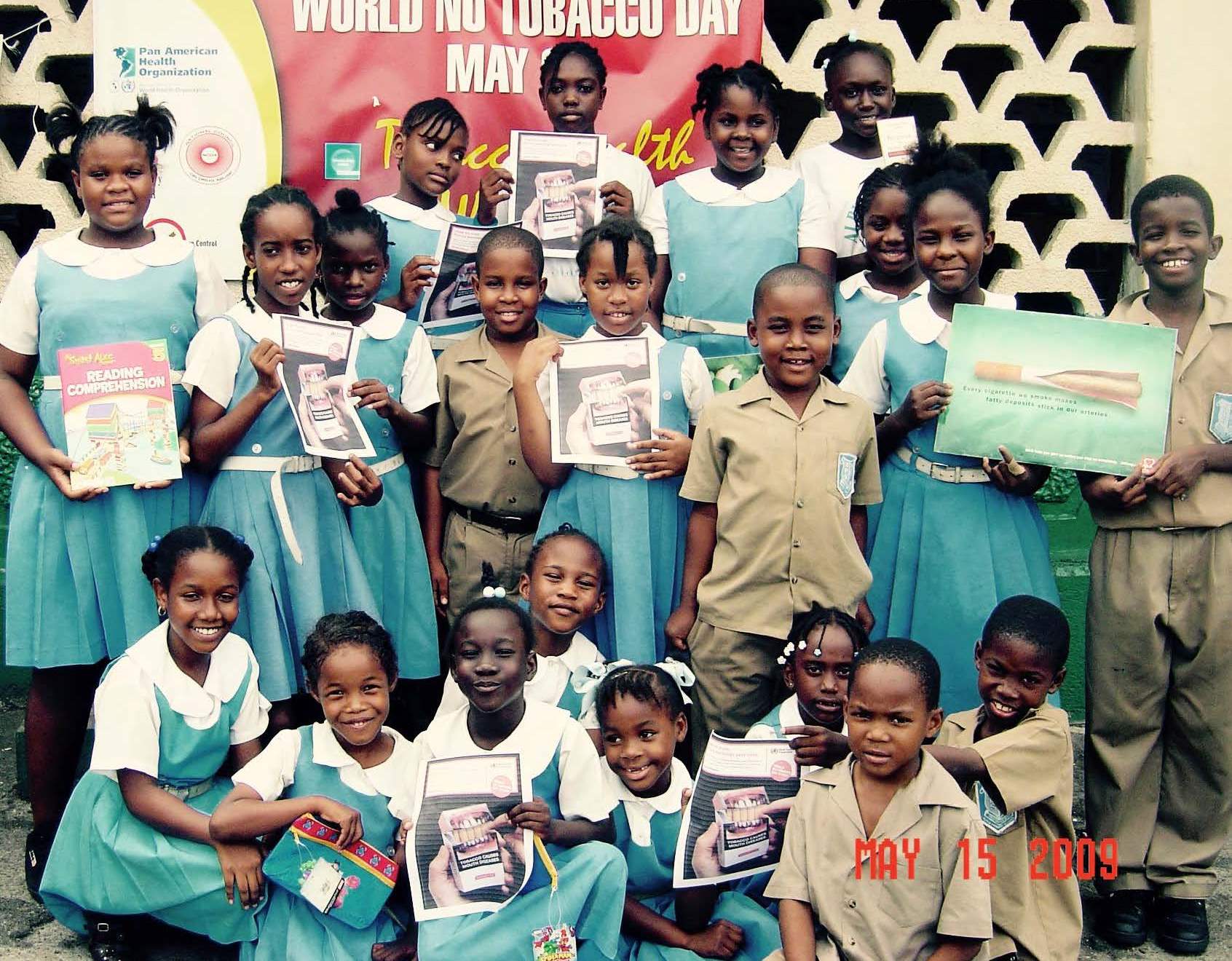 The cover photo of the Caribbean report

This is why it’s always useful to learn about routes that colleagues have taken to overcome these barriers. The Jamaica Coalition for Tobacco Control (JCTC) and the Healthy Caribbean Coalition (HCC) have recently published a document full of such experiences and advice, designed to assist those working in tobacco control and in the broader fight against non-communicable diseases (NCDs).

In an objective, understated tone, the report, Civil-society led tobacco control advocacy in the Caribbean: Experiences from The Jamaica Coalition for Tobacco Control, advises advocates to take a long-term approach: “It is interesting to note that despite funding to support tobacco control, advocacy effort for policy is invariably a long and arduous process. As in Jamaica’s case, it may take years for advocacy efforts to bear fruit via policy development and implementation.”

HCC President Sir Trevor Hassell, doesn’t underestimate the task either: “Perhaps most challenging for Caribbean civil society organisations (CSOs) is fulfilling the role of watchdog and holding governments and industry accountable to their commitments, while at the same time finding consistent funding sources – whether local or international – in order to fulfil their mandate.”

Despite such hurdles, CSOs in the Caribbean – as in all regions – have been instrumental in advancing tobacco control, documents the report: In Jamaica in 2011, vigorous CSO advocacy was a strong factor in the government’s decision to shelve their involvement in plans to increase tobacco production (with support from the tobacco industry).

CSO advocacy was also instrumental in 2013 in Suriname, when their collective voice, in partnership with the local government, prevented tobacco industry interference from halting the passage of tobacco control legislation. CSOs also help mobilise local communities to develop and implement policies and programmes that shape social norms, so that tobacco use becomes less desirable, less acceptable and less accessible.

Despite these and other successes, challenges remain, suggests the report:

Of course, the great threat remains unchanged: “In the Caribbean, the tobacco industry markets and promotes its products to low-income populations, women, and young people, while implementing aggressive strategies against tobacco control policies. In some territories there are fears that governments are actually benefitting financially from relationships with the tobacco industry, which in turn may lead to delays in the ratification and implementation of the FCTC.”

One of the tactics suggested to counter the industry: “Advocates should not tire of presenting the evidence of the exorbitant profits made from the sale of tobacco products despite the tobacco controls put in place. It is also well documented that the tobacco taxes paid to governments are miniscule compared to the direct and indirect cost of treating tobacco-related illnesses.”

Many more lessons learned can be found in the 164 pages of narrative and appendices, including a framework for advocacy in the region and steps to build a tobacco control coalition.