The WHA actually talks about tobacco 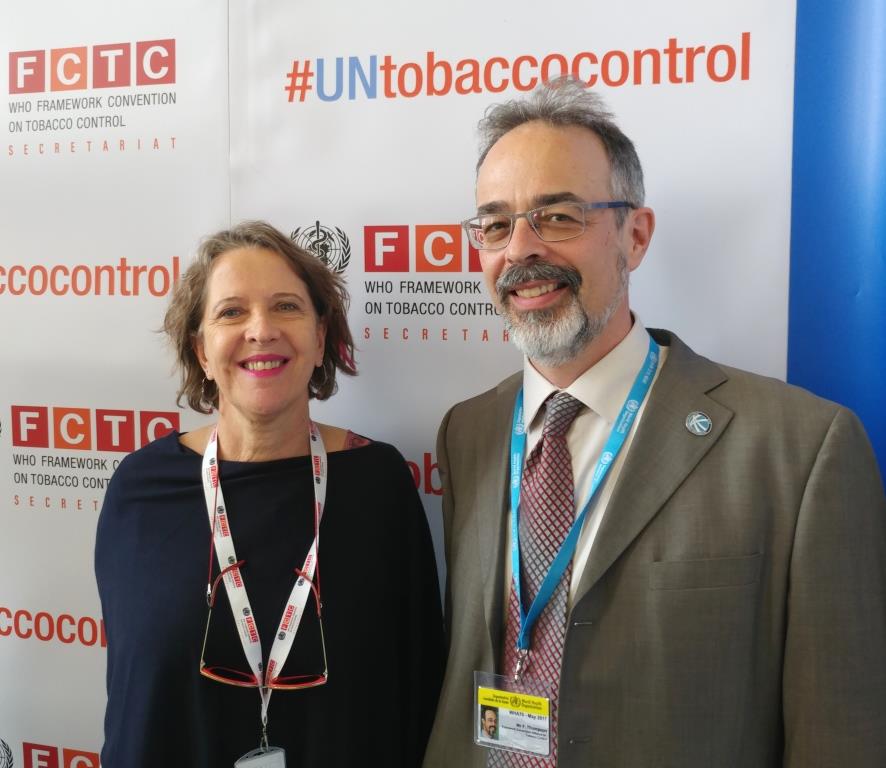 Every May, the member states of the World Health Organization gather in Geneva to talk about issues in global health. The annual World Health Assembly (WHA) brings together dozens of ministers of health (at least for the first few days) and hundreds of health ministry officials. For the last decade, tobacco has rarely been discussed at the WHA. That’s because the Assembly adopted the WHO Framework Convention Tobacco Control in 2003, and since the treaty came into effect in 2005, most tobacco-related discussions have happened at the FCTC Conference of the Parties (COP). At the COP there’s an entire week every two years just about tobacco control. The drawback to this is that for health ministry officials who deal with a wide range of health issues – including the ministers – there’s a risk that “out of sight” means “out of mind”. To correct this problem, the last session of the COP adopted a decision on ‘synergies’ between the WHA and the COP (FCTC/COP7(18)), with a view to having the two bodies report to each other on decisions and developments of mutual interest.

The WHA this year not only endorsed this approach, it also included quite a lengthy discussion on progress in FCTC implementation. More than 30 member states (including two non-Parties to the FCTC) spoke, as did The Union and FCA. This agenda item should be repeated every second year at future WHAs. Video of the discussions is available online. (See the Eighth Meeting of Committee B, starting at 2:23.) As the WHA happened to run till 31 May, the last side event of the Assembly was actually the launch of World No-Tobacco Day (on the evening of the 30th), which attracted a large crowd.

Media coverage of the World Health Assembly of course focused on the election of a new Director-General, Dr Tedros Adhanom Ghebreyesus of Ethiopia. He did mention the FCTC (and the Illicit Trade Protocol) in his final speech as a candidate. On non-communicable diseases – the category under which the WHA classifies tobacco – the most difficult discussions this year were about what specific policy measures should be recommended as part of the Global Action Plan for the Prevention and Control of NCDs. (“Appendix III”, as it is called.

The United States in particular, supported by Italy, opposed a draft resolution “endorsing” the revised Appendix III, preferring to emphasise voluntary approaches and to have the WHA merely “note” the report. Appendix III (see A70/27) lists a number of FCTC interventions, and classifies five of them as “most cost-effective and feasible”, corresponding to FCTC Articles 6, 8, 11, 12 and 13. The US opposition to the document was likely based not on tobacco issues, but on the mention of alcohol and unhealthy food taxes. After several days of difficult discussions, the US and Italy agreed to allow the resolution to pass with the word “endorses” – there was strong support from other countries for regulatory approaches rather than voluntary agreements with the industry. But the debate suggests that discussions at next year’s UN General Assembly High-Level Meeting on NCDs are likely to be politicised and challenging. Several delegates commented informally that food and beverage industries had been lobbying intensively against Appendix III.

See the advocacy resources we developed for World No Tobacco Day.